Abdel Halim Hafez, born, Abdel Halim Ali Ismail Shabana was a renowned Egyptian singer and actor, from the 1950's to 1970's, known throughout the Middle East as one of the greatest in Arabic music.

Abdel Halim Hafez was orphaned from a young age, growing up with his aunt and uncle in Cairo. His musical talent became apparent from this early age, his first music teacher being his oldest brother Ismail Shabana.

He graduated as an oboe player from the Higher Theatrical Music Institute, and went on to sing in various Cairo clubs, his break coming when he had to perform as stand in singer for Kareem Mahmoud, Abdel Halim was heard by Hafez Abd El Wahab, from the Egyptian National Radio who became his patron.

Abdel later took on the name 'Hafez', as a stage name in honor of his patron. From here on Abdel Halim's name grew, his voice captured the nation and reached international audience too, bringing him fame, even after his death from Bilharsia at 47, and a golden plaque amongst the stars of Arabic music.

To name a few of his famous songs... 'Ahwak', 'Gana El Hawa', 'El Massih', 'Khosara' (from which the producer Timbaland, stole two bars to use in Jay- Z's song 'Big Pimpin'), 'Zay el Hawa' and his most famous 'Qariat el-Fingan'. 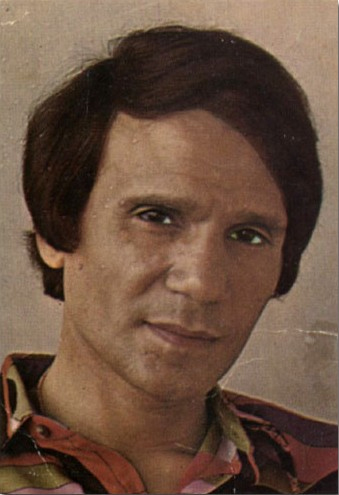